A list of vital words and phrases for the modern traveller. Please go ahead and suggest more. 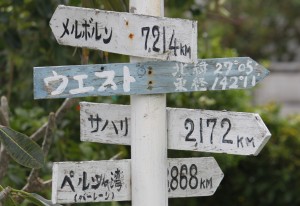 atlascock (n) – an individual who can name the capital of Togo without pausing for thought. (usage: “He’s a bit of an atlascock. I mentioned China and he started reciting all 23 provinces.”)

sadstart (n) – an aeroplane breakfast of anaemic sausage, congealed egg and tepid tea. (usage: “I need to grab something to eat before lunch. I’ve only had a sadstart.”)

doshbotch (v) – to withdraw ten times the intended amount of an unfamiliar currency at an overseas ATM.

twattenborough (n) – someone who spends a safari moaning that they’re not seeing enough leopards.

minareticent (adj) – having an ingrained aversion to cultural breaks.

ricefloe (n) – the mess made on a restaurant table as a result of poor chopstick skills.

amundsen (v) – to trump someone intentionally by booking an earlier holiday to the exact resort they’ve planned to visit.

snorchard (n) – a dormitory in a rural hostel.

haikueue (n) – a queue for something

lonely gannet (n) – a traveller who makes a point of eating solely at restaurants recommended in guidebooks.

deceptionist (n) – a receptionist who neglects to inform you that breakfast costs 18 euros.

vuitton (v) – to bray on at length about luxury travel (usage: “She doesn’t half vuitton.”)

piddlepocket (n) – coins of small denomination that cluster at the bottom of pockets and backpacks. (usage: “I grabbed an old rucksack from the wardrobe and a load of Croatian piddlepocket fell out.”)

cabarooney (n) – the semi-mystic law by which any conversation with a foreign taxi driver will turn inexorably to the English Premier League.