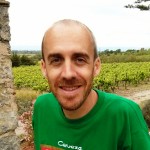 I’ve been writing professionally for more than 20 years, working with a wide variety of magazines, newspapers and websites.

I work regularly from Oxford, so if you’re in town and fancy discussing potential work over a coffee, do get in touch.

I write for a broad range of different titles. The UK, wildlife, hiking, rail journeys, cycling, sustainable travel, sport, music, history and food are all areas of special interest. I’ll always try to find you a fresh angle.

I’ve written for the following publications, among others.

Guides/Guidebooks: I’m a contributor to Lonely Planet’s Epic Hikes of Europe (2021) and Rough Guides’ Make The Most Of Your Time On Earth (2019 and 2015 editions) and a co-author of the Rough Guide to Australia (2014 edition). I’ve also contributed to Time Out guides to London, Buenos Aires, Scandinavia and Ghana.

Photos: My photos have appeared in newspapers (including The Observer, The Independent, The Times and The Irish Times) and magazines (including National Geographic Traveller, Wanderlust, TGO Magazine and France Magazine). I’m always happy to supply accompanying shots for a feature.

In 2021, I had a feature shortlisted for ‘The Best British Travel Writing of the 21st Century’ anthology.

In 2019, 2020 and 2021, I was a judge for the Australian Society of Travel Writers’ Travel Journalism Awards for Excellence.

I’m a member of the British Guild of Travel Writers.