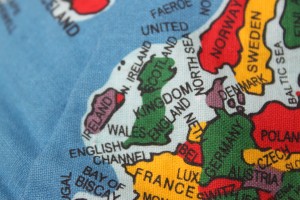 I went along to one of the Social Travel sessions at World Travel Market this year. I found it very enlightening, partly because I don’t spend enough time thinking about social media. This is my inaugural post (it’s a new website for a new me – prepare the fatted calf) and at time of writing I’ve published precisely 16 tweets, the last of which was 15 months ago. I’m not proud of this. Stubbornly, I’m not on Facebook yet either. I am a bit proud of this. Anyway, my point: I am not at the vanguard of the digital revolution.

So the session was informative, and at times inspiring. It was essentially a show-and-tell session in which six or seven well established travel bloggers talked about their various online enterprises. They all had clear plans, striking amounts of confidence and obvious passion for their particular projects. There were some highly successful individuals among them. I didn’t join in with the rather-too-hearty-for-my-liking audience approval at one speaker’s assertion that all magazines would soon be dead, but I clapped in the right places and stayed until I was forced to dash off for an exciting meeting on the exhibition floor with someone who’d forgotten I was coming.

The hour or so I was at the session left me with a mix of emotions. In some ways I felt woefully behind the curve, a fuddy-duddy pen-twiddler sitting there listening to the proclamations of the newfangled folk reshaping the industry. In other ways I felt buoyed by the possibilities. And in other ways I felt, well, a little confused. One speaker, who published a quarterly iPad travel magazine, seemed to be saying she had as many as 115,000 paying readers – seriously, bravo – yet also said her freelance contributors were rewarded at a rate of US$150 for 2000 words. There are factors involved there that I don’t understand.

The speaker who most impressed me was American writer Matt Kepnes, aka Nomadic Matt, whose website (for those of you who don’t know – so that’s maybe just you, Mum) has found huge popularity in supplying up-to-date tips and travel stories. He now supplements this, he explained, by offering one-to-one telephone sessions with people prepared to pay for his advice on where, when and how to travel. It made me think a) what a strange, multi-storied thing the idea of being a travel content provider has become and b) that I would fare miserably if I had the gumption to offer a similar service, chiefly because  I’d spend the duration of any conversation worrying I was being perceived as pushy. Britishness can be burdensome.

Anyway, welcome to my – page. And there’s not really a conclusion to this little ramble, other than to say I face the digital future with caution, curiosity and – if I’m brutally honest – a little reluctance. But that’s not to say it can’t be enjoyed.