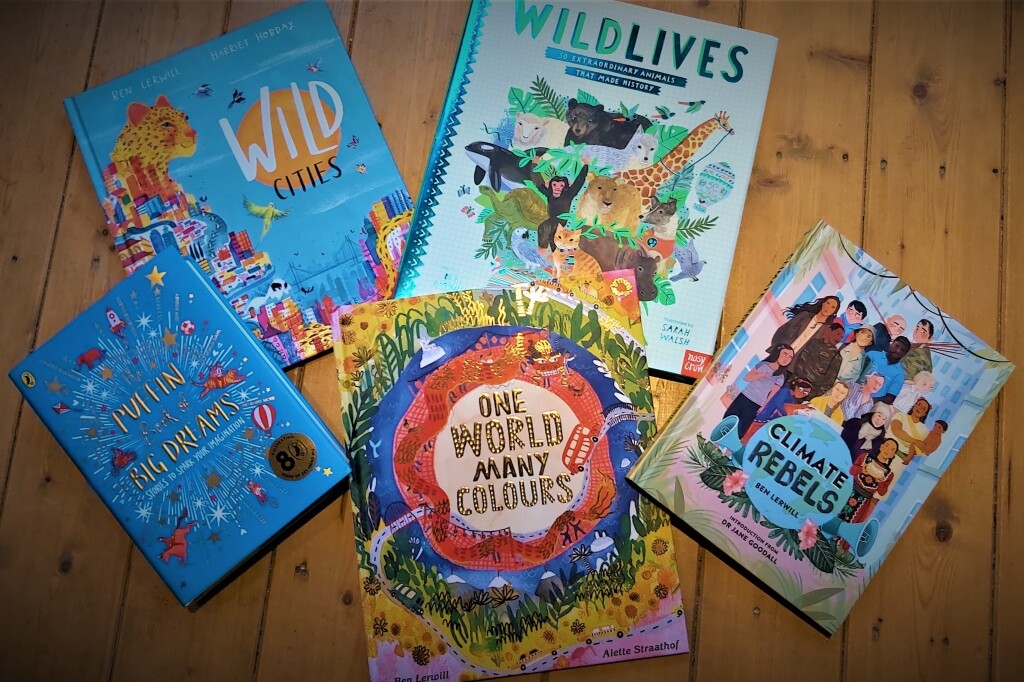 I’ve written a number of books for children.

WildLives came out in September 2019. It’s published by Nosy Crow and tells the stories of 50 animals through history, from Laika the space dog to Dolly the cloned sheep. It was named ‘Book of the Month’ in National Geographic Kids’ Magazine.

One World Many Colours came out in March 2020. It’s published by Words & Pictures (Quarto Knows) and explores the colours found in different parts of the world. It’s for reading aloud with young children.

Climate Rebels came out in April 2020. It’s published by Puffin and tells 25 stories of hope, highlighting people doing remarkable things to look after the planet. Many are conservationists and campaigners.

Wild Cities came out in September 2020. It’s published by Puffin and looks at some of the incredible animals to be found in cities around the world, from leopards in Mumbai to goshawks in Berlin.

One Moment In Time came out in September 2021. It’s published by Happy Yak (Quarto Knows) and is a follow-up to One World Many Colours. It visits 11 different children around the world at a particular moment in time.

You can buy these books from Waterstones, Hive (which supports independent bookshops), Amazon or direct from publishers.

I have a number of other children’s books due out in 2022 and beyond, with various publishers. Most relate to the natural world or the wider world.